This was a lot of fun. I recently discovered the world of circuit bending. Circuit bending is when you open common, low-voltage electronics products and changed, swap, or otherwise modify the circuit inside to perform a different, usually funny or random task. It is commonplace in the circuit bending community to take cheaply made children’s toys and take advantage of the on-board sound chips to use as mixers, sound generator, or synthesizers. 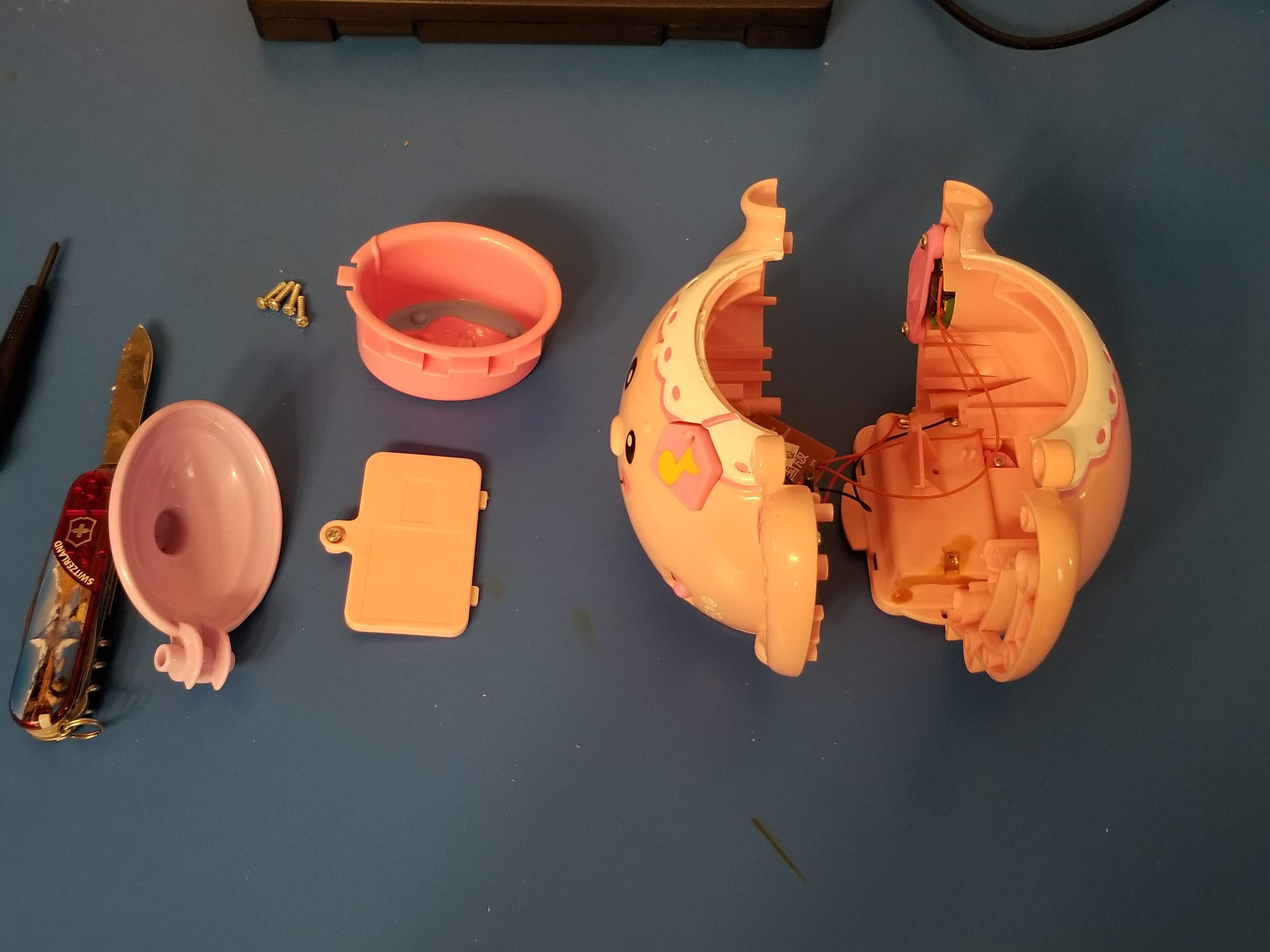 I investigated how exactly people were able to get these toys to change the pitch and speed of the audio output and was surprised to find that it was incredibly simple! Most to the sound generation IC on these cheap toys are dependent on the resistance on the output to change things like volume, speed, pitch, etc. So, all I had to do to play around with this think was swap out some resistors I found on the PCB.

I purchased the Fisher Price Laugh & Learn Tea Pot on ebay for a few bucks and cracked it open. The PCB was sparse with only a few resistors and capacitors around the SILASTIC enclosed IC. I probed around while running the circuit and held a 10k Resistor in hand randomly bridging parts of the circuit! This was more fun than it should have been since doing something like that would ordinarily spell disaster for your electronics project. 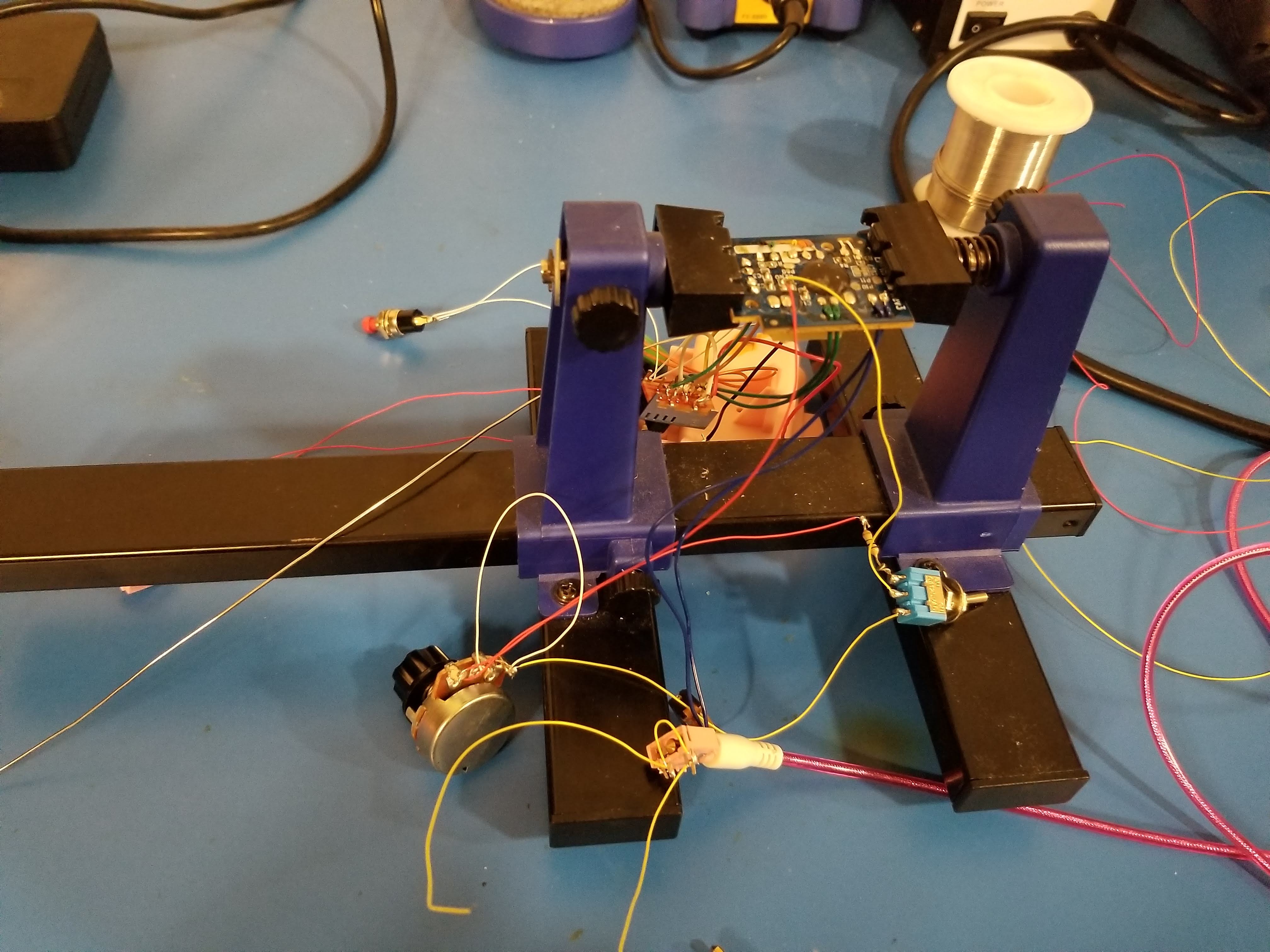 Eventually I found what I was looking for, the resistor that changed the pitch of the sound. I replaced the SMD resistor with a 10k potentiometer so you could vary the speed. I also added a potentiometer to vary the volume along with an audio input/audio output and a button to trigger the sound hidden in the top of the tea pot. Such fun! I was just adding whatever components had been sitting around my desk for a long time.

Finally, I added two switches. One is for changing the audio output between the teapot integrated speakers and the 3.5mm audio plug. The other is for switching the pitch resistor over to a 1MOhm resistor rather than the potentiometer. This leads to a terrifyingly slow play of the audio clips. 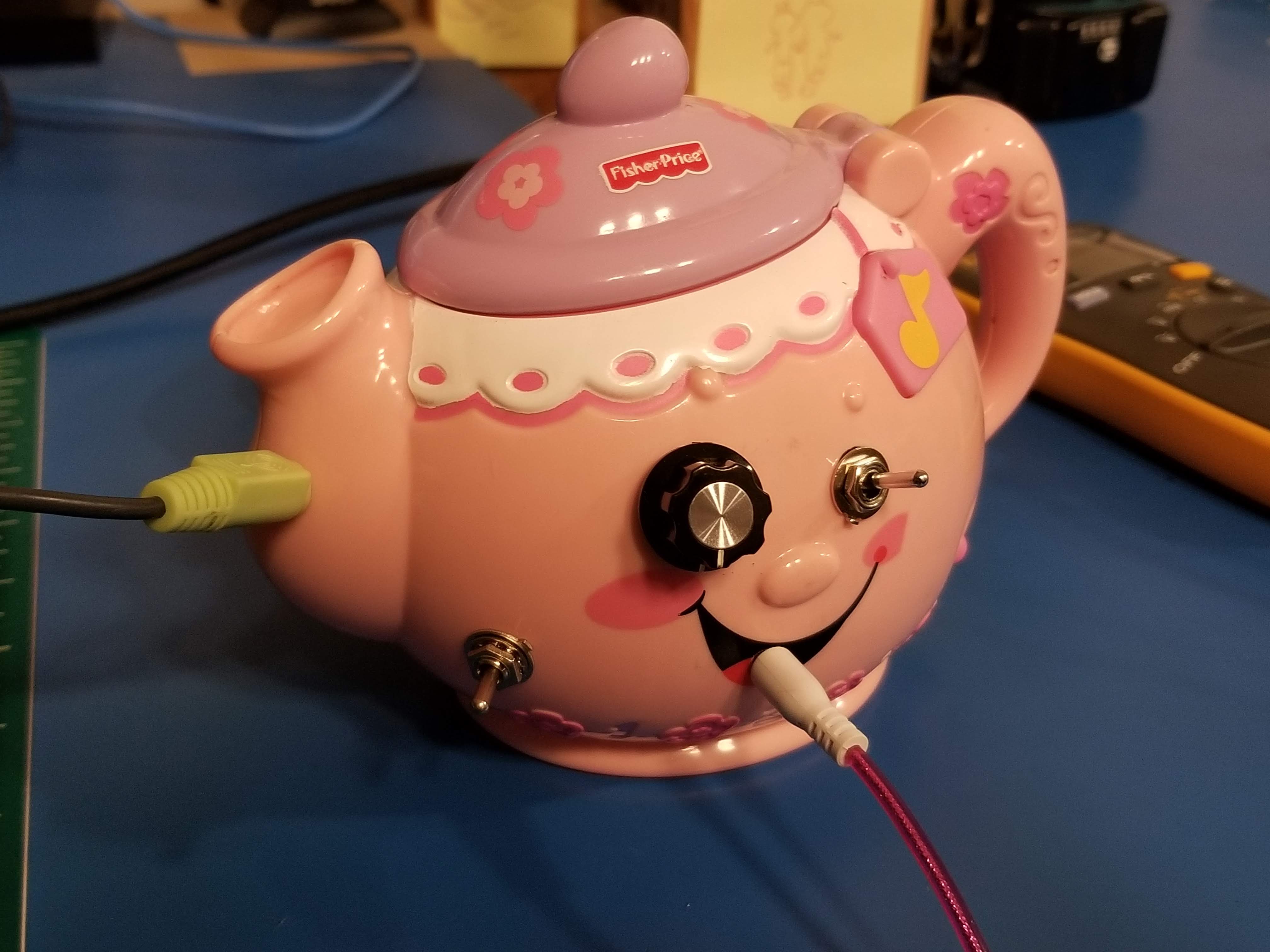 Once I was satisfied with the circuit changes, I needed to fit everything back into the teapot enclosure. I drilled some holes in some unfortunate spots to get the inputs and output out and was quite satisfied with the demonic result.

I ended up gifting this (so no BOM) to my friend Ethan since he makes electronic music and might find this teapot as a neat way to mix funky audio into his tracks.

I recommend trying this out if you have some basic components and soldering iron. It really is just fun guess work to get something that works, and you can create some really weird things to amuse others. 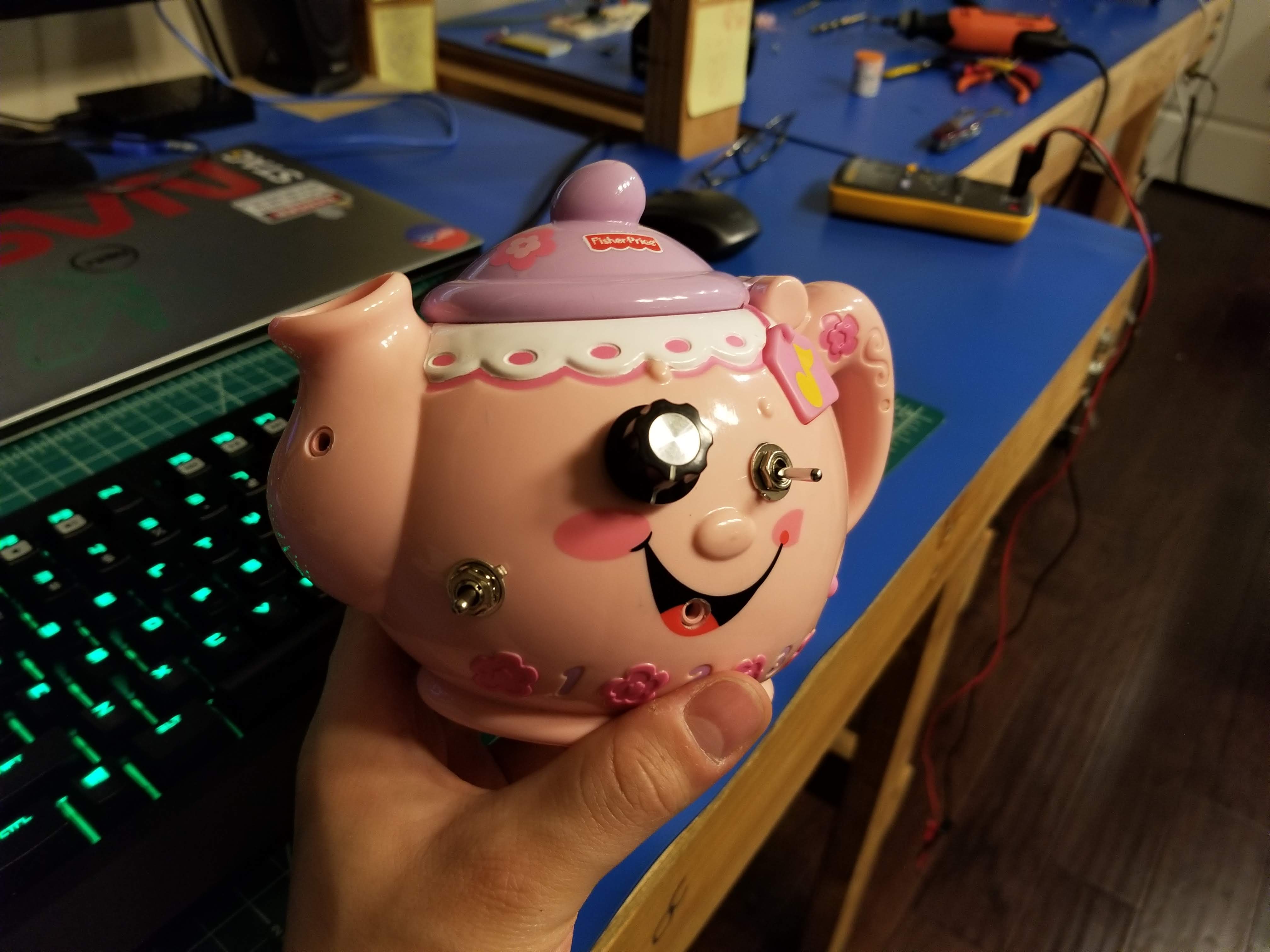