This project was completed sometime ago as an introductory project for my internship at Tekbots during the Summer of 2019. The project was set-up to see how all the interns work together and what each of our specialties were. I worked with Matthew Sessions and Nicholas Johansen to finish making Don: The Animatronic Beaver! A long standing Tekbots project that we were tasked to upgrade. 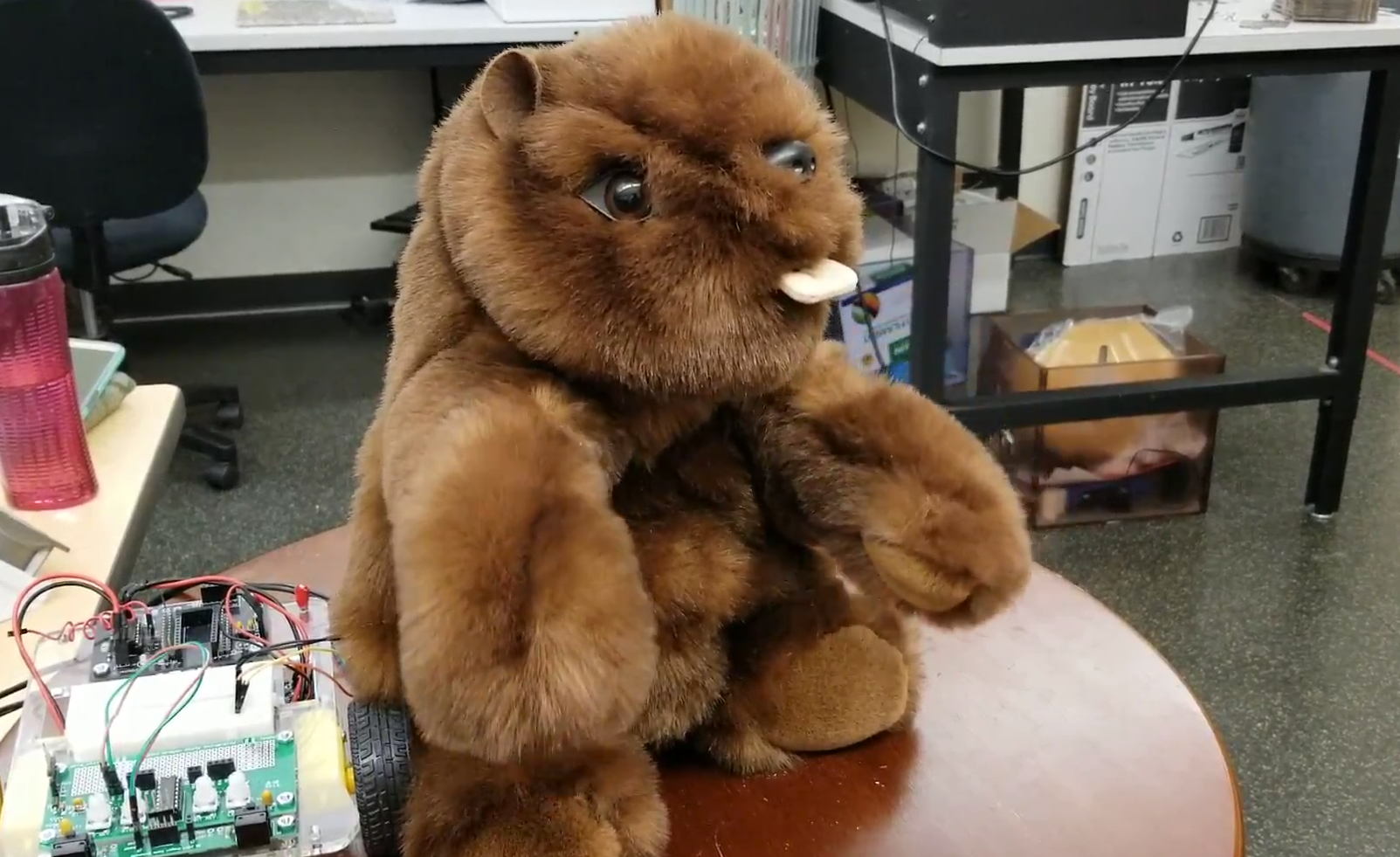 Don is simply a stuffed beaver that was acquired on-campus at the Oregon State University Beaver Store that was gutted and given a 3D printed skeleton fixed unto a small table. The internals of Don were servos controlling the up/down left/right of the head, arms, and left/right of the torso.

By getting onto a website we made, you can control Don the Beaver! You can move his head, shoulders and elbows to make him do various poses. He even knows how to clap and dance a little bit.

Don works by having an ESP8266 acts as a client to the ENGR server. The client reads a JSON file on the server through a GET request and moves the servos on Don according to the JSON file.

You can alter the JSON file that is read by the client though the webpage. By moving the sliders and clicking the buttons you are sending POST requests to the server to edit the JSON file.

Here’s the OSU Project Showcase feature on this project.